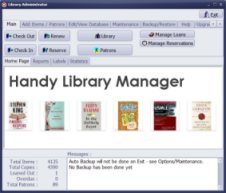 What library software do you need? ... ask us

Friends of the Newport Ship

Information about the Newport Ship itself can be found on the website www.newportship.org

Basically, it is a fifteenth century merchant vessel unearthed in the heart of Newport, in south Wales, in 2002, during the construction of the Riverfront arts centre. Work was paused while excavations could take place, and the timbers have since been undergoing a lengthy conservation process so the ship can be reconstructed in a new museum of its own. Currently, all the separate timbers and a display about the story of the ship can be seen at the Ship Centre, which is open to the public on Fridays and Saturdays every week, from 10.30 a.m. # 4 p.m., and staffed by volunteers from the Friends of the Newport Ship.

Over the course of 15 years, many archaeologists and conservationists have been working on this project, under the direction of Dr. Toby Jones. During this time, a large number of specialist books and journals have built up, as well as significant donations of books from the Friends and other sources. These are currently unrecorded and stored in boxes.

In 2016, the director made a proposal for a proper library to be formed using this book stock of, perhaps, 2,000 items, as a base, but with the intention of continued expansion and purchase of new titles from donations. The objective is to have a dedicated search room adjacent to the reconstructed ship, where scholars and members of the public can study relevant material. Some of the items are highly specialised, some are out of print (but still very important) and some are foreign language, for which there are no other copies in the UK.

Cataloguing the library started in February 2017. It is being done by a volunteer, Sian King, who was formerly secretary to the Friends, and is a fully qualified and experienced retired librarian. Working, at the moment, just one morning/week, about 200 titles have now been catalogued, and are searchable. In the future, this catalogue will be available to the public on the website, and they can then visit and consult the material.
Sian King, librarian
www.newportship.org
November 2017